What is a Hammer Drill?

With a hammer drill, you will be able to drill on different surfaces including concrete, brick, and stone. It has a similar mechanism just like a jackhammer and can exert more force. You can easily use a hammer drill for drilling any item. Keep in mind that this is not suitable for driving screws. Hammer drills are of different types like rotary or coded. You can even find a cordless drill. It is a versatile tool that lets you use it for different purposes. A hammer drill is also very powerful and can come with variable speed options.

When Should You Use Hammer Drill?

You can use a hammer drill for drilling hard materials. It can be great for making wall plugs, anchor bolts, or concrete screws. A hammer drill serves ideal for different professionals including an electrician that makes them make a hole on different surfaces quickly. The handy design makes it suitable for both heavy-duty drillings as well as occasional drilling.

What Are The Benefits And Drawbacks Of Hammer Drill?

What is an Impact Driver? 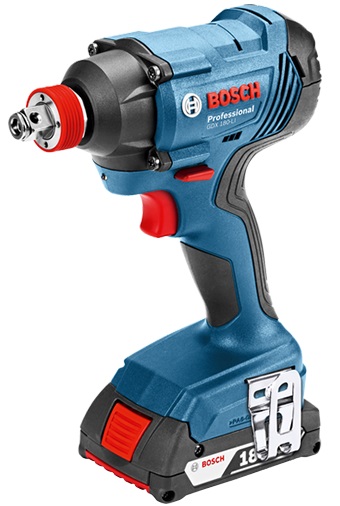 An impact driver is a tool that lets you loosen or tighten screws. It serves perfectly where your screwdrivers don’t work. What makes it an ideal tool for professionals is that it has more torque. The unique driver mechanism along with the hexagonal shape collet makes an impact driver fast. It works by adding extra rotational force and can handle screws and bolts of different sizes.

When Should You Use Impact Driver?

An impact driver lets you use it for different applications. Whether it is building decks or self-threading of screws, you can do it conveniently. It is perfect for professional purposes and works great when your drill does not work. You can use an impact driver for removing the brake drums of your car, driving into hard materials, and loosening corroded bolts, nuts, and screws.

What Are The Benefits And Drawbacks Of Impact Driver?

Higher Torque: Compared to your regular drill or driver, an impact driver has higher torque. This makes it a powerful tool and you can easily get into different materials quickly.

Self-Driving Screws: An impact driver serves great for driving screws without needing to drill holes. As it has higher torque, it can be great for self-driving screws.

Easy on The Wrist: The lightweight design of the impact driver does not put any pressure on your wrist. You don’t have to wear out your wrist even while working continuously.

Compatible Bits: An impact driver works only with compatible bits. You will also have to get a hexagonal shank to start working.

Lack of Torque Control: You will not find a torque control feature on an impact driver. For this reason, you must be careful to prevent any damage to the drilling surface as well as the screws.

What Are The Differences Between Impact Driver and Hammer Drill?

Just like a hammer, a hammer drill has direct forward force. It can make electro-pneumatic or cam-action hammering. There are rotary hammers that utilize electro-pneumatic hammering where the air pressure transfers energy. In the cam-action drill, the entire chuck and bits move backward and forward on the axis of rotation.

For screwing or unscrewing fasteners, an impact driver uses perpendicular pressure. It exerts torque without any longitudinal force for driving the screw forward. This is completely different than normal screwdrivers. However, it can be a limitation of impact drivers.

It has to be noted that both hammer drill and impact driver operate with rotation. The design of the tools makes them create different impacts and torque. A hammer drill provides sustained torque continuously. It will automatically change the mechanism when you switch to hammer mode. However, there will be no rotational power.

An impact driver has limited sustained torque. Again when it reaches the highest speed, the hammer moves away by depressing the coil’s movement. When this happens, there will be sufficient force for a powerful blow. This makes the impact driver achieve over 4000 impacts in a minute. Keep in mind that an impact driver is only compatible with the 1/4-inch hexagonal shank.

Even though the impact driver features a similar mechanism to a hammer drill, it has better rotational energy. An impact driver has a heavy-duty spring that releases powerful force by compressing. Here, the driver directs the force in the same direction. This makes it ideal for driving screws and bolts. Some models come with variable speeds for customized operation.

A hammer drill supplies rotational force which works like cooperation between the drill and the hammer. It features impact action that makes it perfect for drilling holes in materials like concrete and brick. With variation, it can drill many feet. Again, you will have to make sure that you need to deactivate the hammer mode while using it for such applications.

Compared to normal drills, impact drills produce about 12 more decibels of sound. The impact driver generates high noise that could cause hearing loss. For this reason, it is important to follow safety guidelines and opt for proper ear protection.

What Are The Different Types of Drill Bits?

On an impact driver, you will find a quick-release clamp that lets you use it with bits having a hex shank of 1/4-inch. The bits make sure there will be easy fastening and driving. You can use impact drivers with different types of driving bits. It is also compatible with a socket adapter that lets you use it with bolts and nuts. For usual drilling tasks, you can make use of HSS 1/4-inch shank drill bits. However, normal drill bits tend to get destroyed with the power. An impact driver goes well with right-angle adapters, flexible drive shafts, three-jaw chuck, and hole saws.

A hammer drill is equipped with a three-jaw chuck that lets you use bits of different shapes. This makes it ideal for different purposes. There are also models that come with a spring-loaded chuck. In most hammer drills, you will find round shanks for both metal and wood. It can accommodate masonry bits and SDS drill bits with slow rotation.