Everyone knows the story of Huawei. In 2019-2020, the US government decided to forbid Huawei and many other Chinese companies from using any hardware or software originating from the US. This made the former Chinese tech giant make painful decisions. First, Huawei freed its subsidiary Honor. The latter had a mission of boosting Huawei’s sales on online platforms. Second, Huawei accelerated the development of its own operating system, Harmony OS. Third, though the company did not withdraw from the smartphone market, it decided to change the focus to smart home appliances, automotive vehicles, and larger screen products. Briefly, Huawei before 2020 and Huawei after the year are two different companies. But has Huawei successfully delegated its smartphone business to Honor? Well, let’s reformulate the question. Could Honor handle the tasks set by Huawei and completely replace Huawei?

Recently, Canalys released a report. According to it, in China, smartphone shipments dropped sharply by double digits in the first quarter. In total, the companies could sell 75.6 million units, which is a decline of 18% YoY and a quarterly decline of 13%. This is the worst result in eight quarters.

These results are on par with the year 2020. However, after the epidemic situation was mitigated, the Chines smartphone market reached a 27% growth. In the first quarter of 2022, the epidemic returned to the haze. So this seems to be a Deja vu.

When talking about a 20% decline rate in the Chinese smartphone market, there is every reason to think that all smartphone makers in this region will be affected as well. But this is not about Honor. Huawei’s ex-brand’s shipments increased by more than 200% year-on-year. Plus, its market share reached 20%. Honor and Apple are the only brands that are growing. So we can state that Honor performs like the more-experienced Apple. 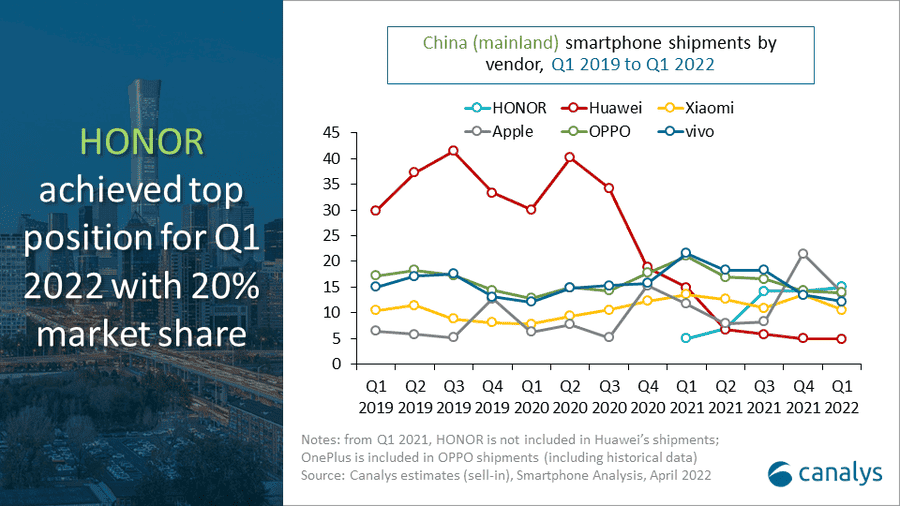 Of course, the market vacated by Huawei is still eye-catching for mobile phone manufacturers. But only Honor could fill the gap. Its shipments increased by 6% quarter-on-quarter. In other words, Honor could reach such heights only due to hard work. 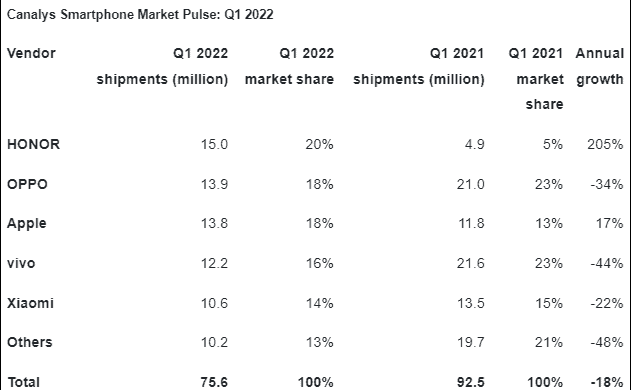 On the other hand, we still can’t compare Honor with Huawei’s peak. During 2019 and 2020, Huawei’s mobile phone shipments in each quarter could reach an astonishing 30 million or even 40 million units. Thus, Huawei had a gap of 15 million or even 25 million units compared with other brands. In this sense, though Honor ranked second in the first quarter of 2022, OPPO, which was in the third position, sold only 200,000 units less.

Will Honor Be Listed?

Recently, we heard that Honor is considering a domestic listing in 2022, seeking a valuation of US $ 45 billion. Though Honor denied the rumors, we still believe it will happen in the near future.

On April 25, 2022, in an interview, Honor CEO Zhao Ming said that after becoming independent from Huawei, Honor’s performance has grown steadily. 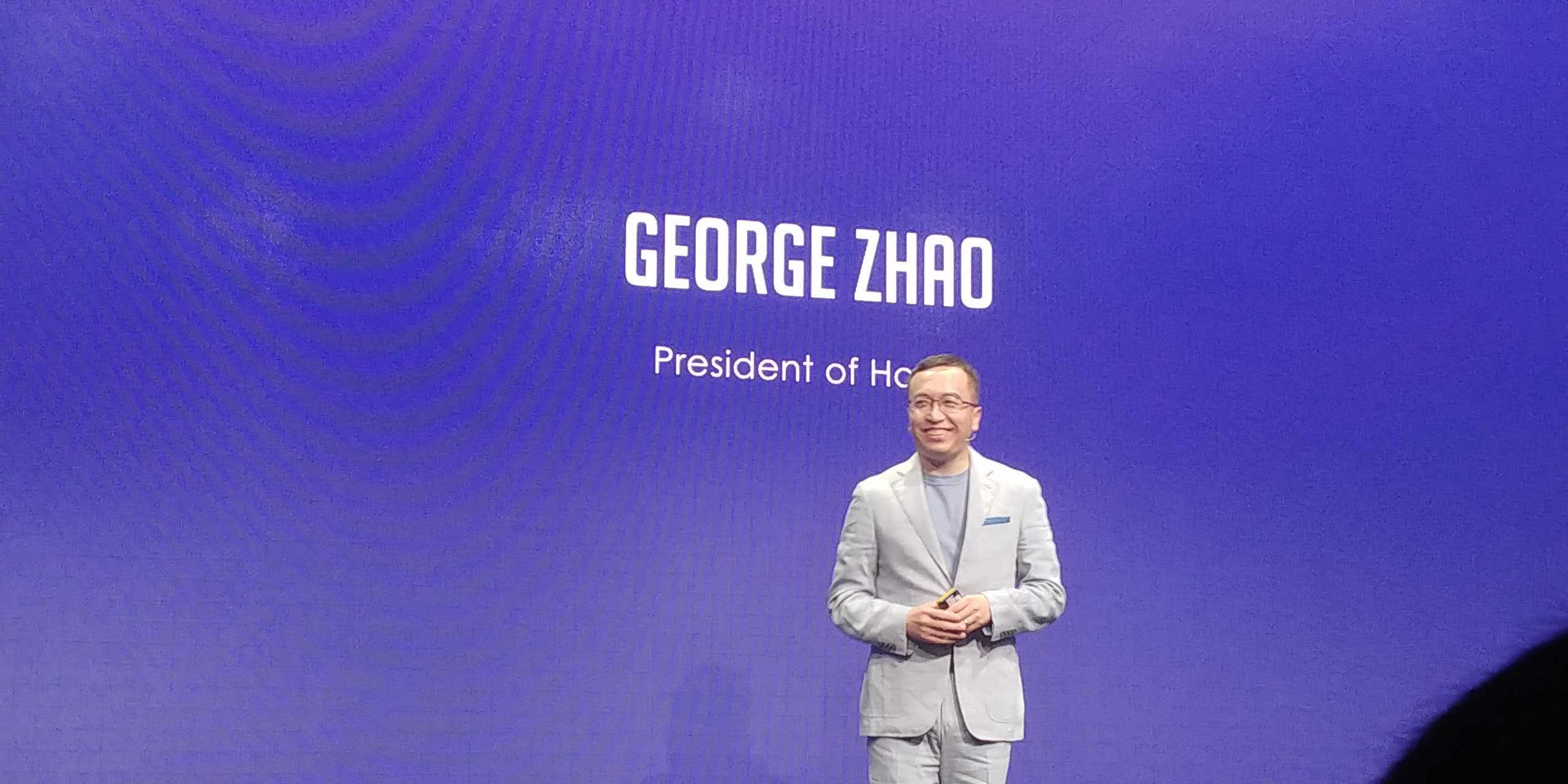 “The diversification of shareholders and capital is the meaning of the enterprise. The latter can attract more resources to help the enterprise develop. ”

We guess it’s a clear hint that Honor intends to land in the capital market.

Moreover, in November 2020, some insiders said that after being sold by Huawei, Honor will retain most of its management team and more than 7,000 employees, and plans to go public within three years.

In August 2021, Honor distributors said that Honor has notified core distributors that they may be listed in the near future and can purchase original shares with a subscription amount ranging from 5 million to 50 million yuan ($ 750,000 – $ 7.5 million). 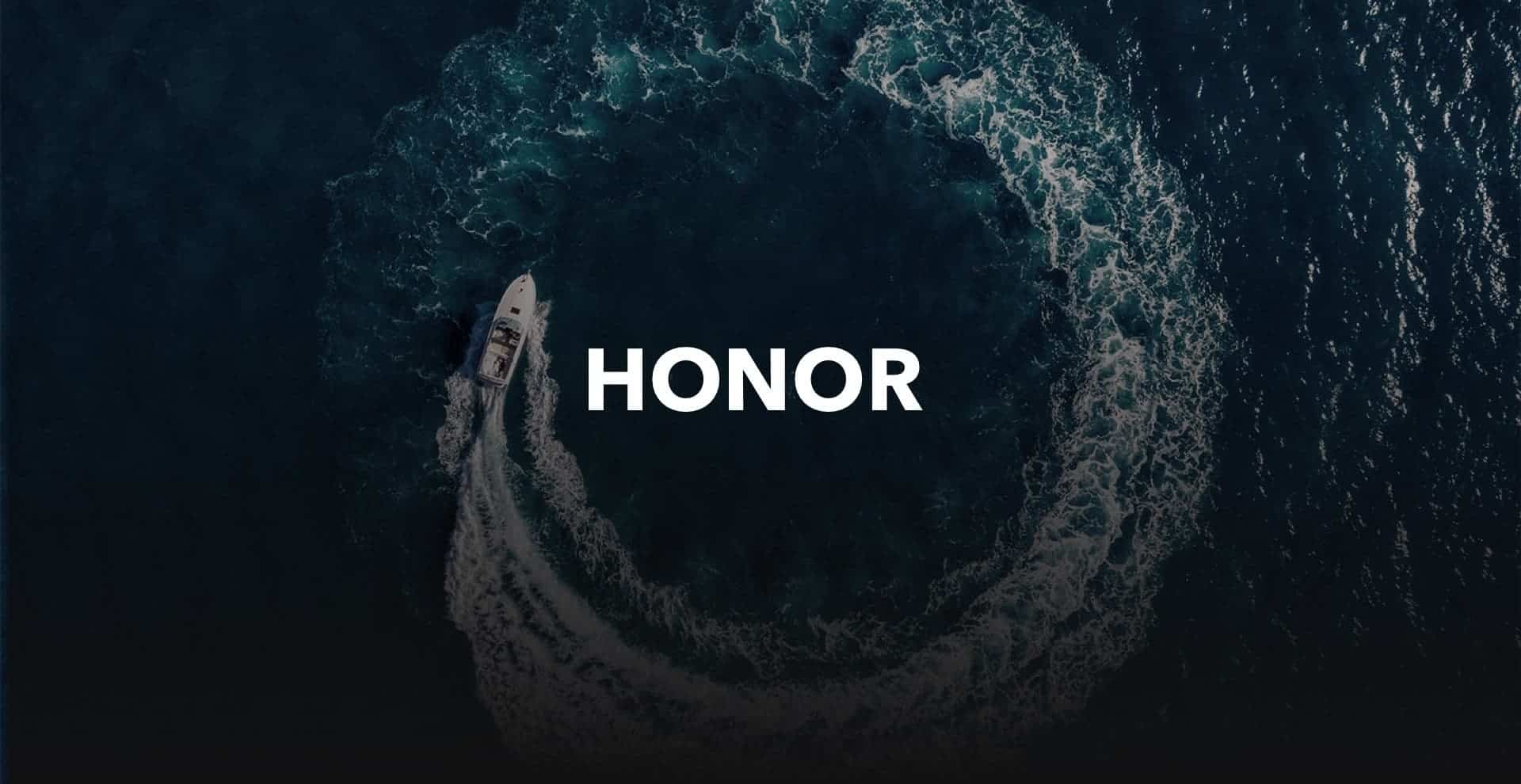 In early April 2022, some Honor employees revealed that Honor requires employees to buy shares in the company.

After the independence, Honor will completely get rid of the negative impact of Huawei. But through the multi-layer shareholding structure, Honor still has a strong background of state-owned assets. This might bring certain policy risks to Honor.

Not To Repeat Huawei’s Mistakes

For example, in August 2021, “a group of 14 Republican lawmakers in the United States House of Representatives on August 6 asked the US Commerce Department to add the former Huawei smartphone unit Honor to the government’s official economic blacklist.”

If Honor can successfully land in the capital market, the proportion of private shares will increase. So in the future, like Xiaomi, it can freely purchase European and American semiconductors. From this point of view, the listing is of great significance to both reducing Honor’s business risks and helping it continue to expand.

However, there are serious difficulties for Honor to be listed. The financial standard for listing is that the company should make consecutive profits in the last three fiscal years. Plus, the accumulated net profit should exceed 30 million yuan ($ 4.5 million). Considering that Honor has only been independent for about a year and a half, obviously, it doesn’t meet the requirements.

Honor is not Huawei, yet. But the company is continuously growing. If it doesn’t repeat the mistakes Huawei has done, there is every reason to think that Honor will make competition with the top brands in the global market. But will the US allow the emergence of a new Huawei?