The iQOO 9 series originally debuted in China back in January with the iQOO 9 Pro and the vanilla iQOO 9. A month or so later, these officially made it over to India alongside the iQOO 9 SE. This is the first time iQOO is doing an “SE” model, and in keeping with tradition, it sits at the bottom of the current lineup as sort of a “cut-down” version of the regular iQOO 9.

The iQOO 9 SE clearly takes after its siblings in many aspects. Sure, the styling is slightly different. In fact, that is the case across the entire iQOO 9 trio, but the iQOO 9 SE is clearly not an entirely different phone just tacked onto the iQOO 9 family. While not the “cream of the crop” in terms of specs and features, it is far from your typical “mid-ranger” either. What iQOO has done instead is essentially recreate a proper flagship from a year or so ago in terms of specs. A move that has a lot of potential in our mind since, more often than not, even a dozen months later, flagship hardware is still “flagship hardware,” if that makes any sense.

Comparing the iQOO 9 SE to its closest iQOO 9 sibling, we noticed a slight step down in a few areas, but honestly, nothing major. The display on the iQOO 9 SE is not 10-bit, but rather an older 8-bit color unit, but is still an AMOLED. A Super AMOLED, in fact, meaning Samsung was involved. It is still FullHD +, 120Hz, HDR10 + certified and has a peak brightness of 1200 nits, just like the iQOO 9. And in fact, it is slightly larger at 6.62 inches. So is the entire iQOO 9 SE. Though not by much. The chipset has been downgraded from a Snapdragon 888+ to a regular Snapdragon 888, which, honestly is hardly a downgrade, especially if you care about better thermal behavior and sustained performance, which the original Snapdragon 888 is honestly better at.

iQOO 9 SE specs at a glance:

The iQOO 9 SE is also a camera short compared to the vanilla. It lacks the 2x telephoto, which is definitely a bummer, but the 48MP Quad-Bayer main camera is still good at moderate zoom levels. It made it over mostly unchanged, sans for a simple OIS system without a gimbal. The iQOO 9 SE is also missing the impressive 120W charging of the iQOO 9 and iQOO 9 Pro. Instead, it “settles” for a 66W charging solution, which promises a full battery charge in 39 minutes instead of 18. Honestly, not a major loss in our book. Plus, due to its simpler charging circuitry and less aggressive battery safety and isolation features, the iQOO 9 SE actually has a slightly bigger battery than the iQOO 9. Well, it is also a larger phone as well.

And that pretty much covers all of the downgrades the SE has to live with. Not a bad deal at all, if you ask us. That said, the devil is always in the details, and we still need to examine the iQOO 9 SE thoroughly and put it through its paces to see if it actually holds up. 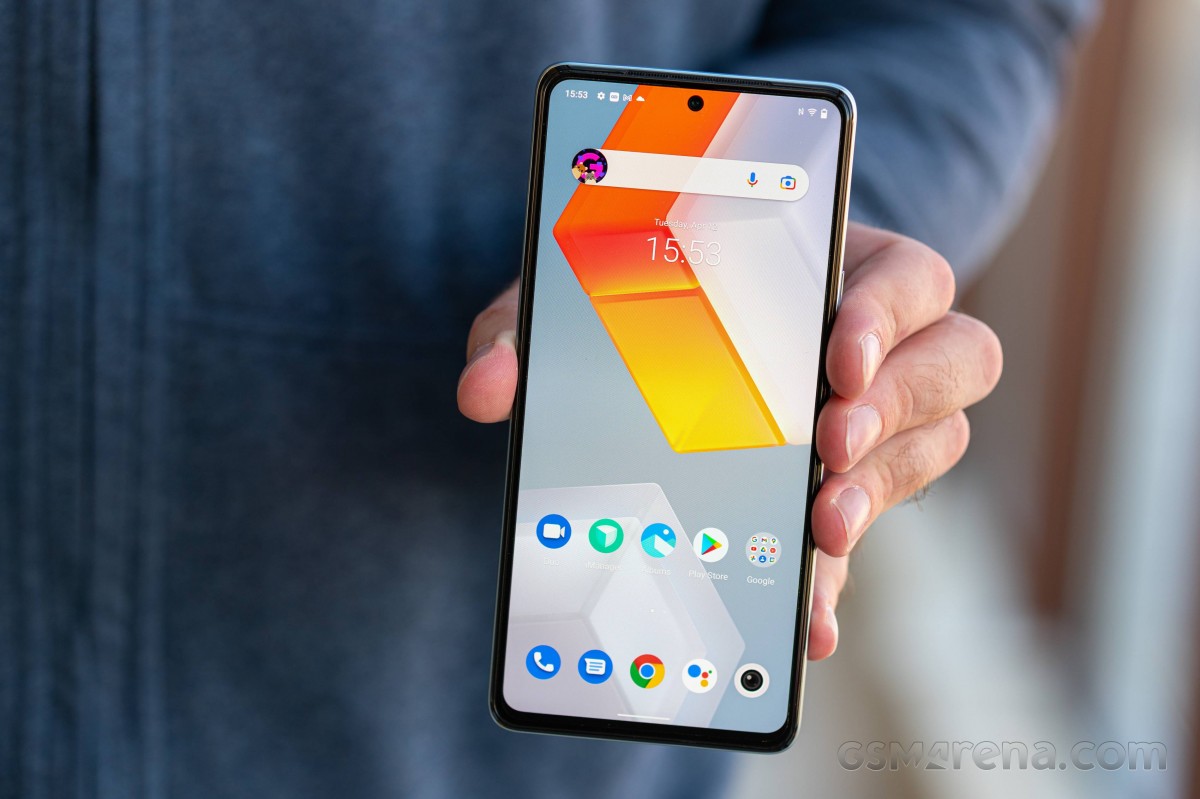 One last thing. You may have noticed the absence of vivo before iQOO, and that’s because the ex-vivo subsidiary now operates independently. Well, sort of. Vivo still makes all iQOO phones, and iQOO still relies on vivo’s Funtouch launcher, but all designs and specs allegedly come from the independent iQOO entity. And now that we’ve cleared that up, let’s explore this thoroughly interesting iQOO 9 SE.

The iQOO 9 SE retail package is kind of reminiscent of a bygone era in more ways than one. First off, the phone ships in a huge (by today’s standards) two-piece box. 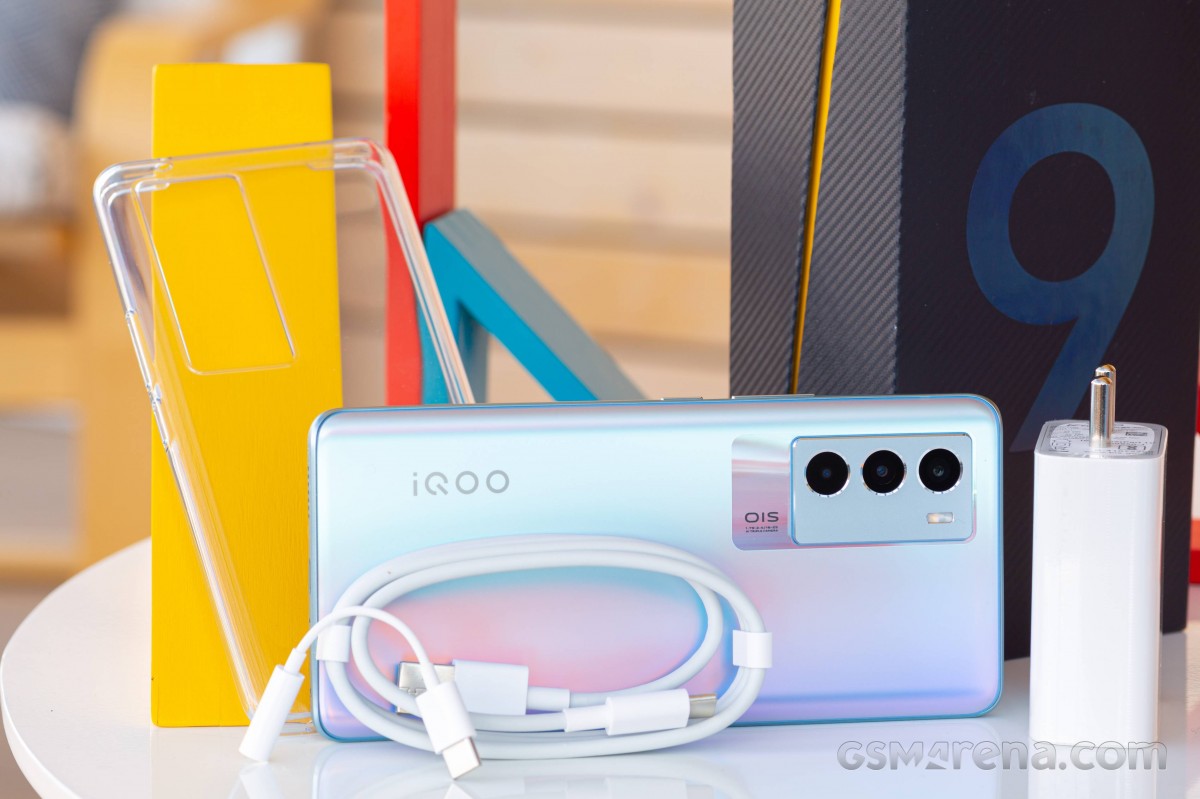 The iQOO 9 SE needs a huge box to fit all of the accessories that come bundled with it. And that’s something we can’t complain about at all.

First and probably foremost, a vivo FlashCharge 66W charger is in the box. It still uses a Type-A plug on the charger side, which we don’t exactly appreciate since the also included Type-A to Type-C cable is kind of proprietary nowadays, and you need to carry it around. This is massively overshadowed by the fact that the iQOO 9 SE comes fully equipped out of the box to charge at its full 66W rate. The V6650H0A0 charger is rated for outputing 5V @ 2A, 9V @ 2A, 11V @ 3A, 11V @ 5A or 20V@3.3A. Proprietary charging, but a fast one.

Also in the retail box – a nice, thick, semi-transparent TPU case, so you don’t have to worry about dinging up your new phone from day one. In fact, the iQOO 9 SE also comes with a pre-applied screen protector. Nothing too fancy – just plastic, but it is there and also perfectly applied. And finally, there is also a Type-C to 3.5mm dongle in the box.