For instance, TSMC cannot produce Huawei’s chips because the US government says so. Why? This is because TSMC uses some US technologies in the production process. If the US takes away these technologies, TSMC, a Taiwanese company will face troubles. Let us now take a look at the five major aspects where the US dominates

The European continent is not so keen on the semiconductor market. Thus, despite its huge size with 44 countries, it collectively has just 9% and this is even including Japan. While Taiwan manages 8% of the global semiconductor market share, China has 7%. Sales of US-based semiconductor companies will grow from $ 71.1 billion in 2001 to $ 257.5 billion in 2021. This is a significant increase and a compound annual growth rate of 6.65%.

US semiconductor industry exports will total $ 62 billion in 2021. It is the fifth-largest US export after refined oil, aircraft, crude oil, and natural gas. Of all electronics exports, semiconductors account for the largest share of US exports. So long as the US continue to have such major exports, it will control the industry. Once you are not on good terms with the US, it will simply block its export and isolate you. 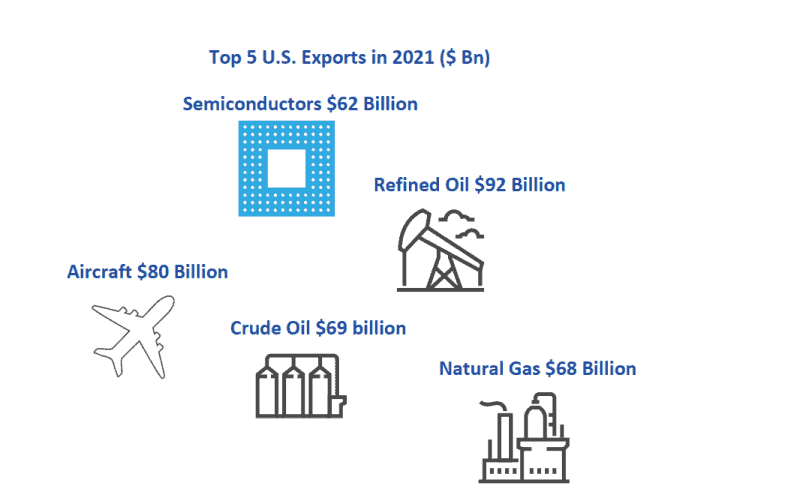 4. Research and development and expenditure

In 2021, US semiconductor companies, including fabless, will spend $ 90.6 billion in R&D and capital spending. Among them, the total investment in research and development is $ 50.2 billion, with a compound annual growth rate of about 5.9% in the past two decades. Total investment per employee, as measured by total investment in research and development, new plant and equipment, grew to a record $ 206,000. The US semiconductor industry is second only to the pharmaceutical and biotech industries in terms of R&D spending as a percentage of sales (18%), which is well ahead of China at 7.6% and Taiwan at 11%. 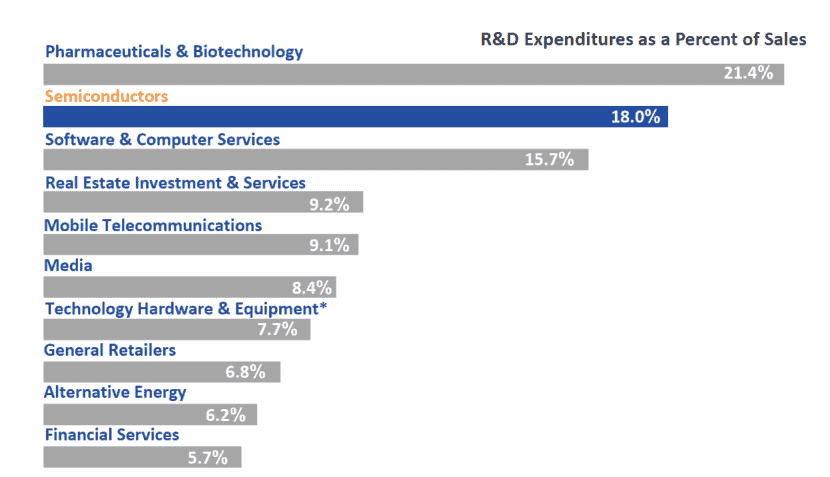 Gabriela Pereira, semiconductor, memory and computing technology and market analyst and packaging team member at Yole, said: “2021 is an important year for the advanced packaging industry, with ASE continuing to dominate the market, followed by Amkor. Intel maintains third place followed by Changjiang Electronics Technology and TSMC. In addition, the year-on-year revenue growth in 2021 is higher than that in 2020. Also, the fastest-growing Outsourced Semiconductor Assembly and Test (OSATs) are mainly from mainland China. ”

The global advanced packaging market will also have total revenue of $ 32.1 billion in 2021. Furthermore, it is expected to grow at a CAGR of 10% by 2027, with total revenue of $ 57.2 billion. Megatrends including 5G, automotive infotainment / advance driver assistance systems, artificial intelligence, data center and wearable applications continue to drive the development of advanced packaging.

OSATs are increasing their revenue

The analysis points out that 2021 is an important year for advance packaging. Furthermore, the top three OSATs have increased their revenue by 20% year-on-year this year.

Stefan Chitoraga, a technology and market analyst specializing in packaging and assembly at Yole, said: “The major OSATs reported revenue growth of 15% to 26% year-over-year in Q4 2021 and 1% to 15% quarter-on-quarter . Rising costs and increased consumer interest in thinner and lighter electronic devices have led OSATs to see value opportunities in advanced packaging. ”

Leading OSATs are operating at full packaging capacity and many product lines are still facing capacity constraints. This will continue until 2022. In addition, IDM’s packaging outsourcing continues to accelerate, especially for more advanced products. Their investments are more focused on front-end manufacturing expansion. All in all, OSAT is slowing the expansion of its wire-bonding capacity.

Yole’s quarterly market monitoring report for advanced packaging also lists companies with the largest revenue growth within the OSAT ecosystem in mainland China. Payton Technology, Suzhou Jingfang Semiconductor, Qizhong Technology, China Resources Microelectronics and Yongsi Electronics are leading the way. The government has been investing heavily as it looks to grow and strengthen regional semiconductor development and supply. The top three semiconductor packaging and testing companies in mainland China are among the top ten globally. They account for 85% of the top ten OSAT revenue in China in 2021.