Seems like everyone we know is headed to Europe right now … including us. Yay! So what’s new in the world’s most exciting capitals?

London is bursting at the seams with new restaurants, bars, and hotels ripe for the moment. From the hip, eclectic Shoreditch district to poised and elegant Mayfair, from fashion-forward, party-all-night Soho to vibrant Camden, here are just a few of our favorite stays, restaurants, bars, and more to check out on your next trip.

Where to Stay in London Now

The Alice in Wonderland-meets-Oscar Wilde aesthetic at The Mayfair Townhouse.

Extravagance is an equal opportunity affair at The Mayfair Townhouse, a boutique hotel that stretches across 15 historic townhouses on Half Moon Street. With its Alice in Wonderland-meets-Oscar Wilde aesthetic (think rich colors, floral-bombed portraits, mischievous foxes, and the play The Importance of Being Earnest placed on your bedside table at night), the hotel does stalwart English luxury with a wink. The Mayfair provides all its guests with a free mini bar filled with local, gourmet snacks and drinks, heated walls and floors in the baths, and other amenities typically reserved for those who are willing to pay for them. On the ground level, the theatrically sophisticated Dandy Bar crafts cocktails and serves both light bites and classic mains. Located on a relatively quiet street in the busy district, it’s just a short walk from the Mayfair to Buckingham Palace, the West End, and so much shopping.

The brand new One Hundred Shoreditch is a stylish send up to abstract art and relaxation in London’s Shoreditch. Formerly the city’s Ace Hotel, the independently owned Shoreditch has remade the public spaces entirely with sculpture, textiles, and color. Upstairs in the guest rooms, a more minimalist aesthetic prevails, with clean white linens and black-and-white tiled baths. The property currently has two bars, the moody, bunker-like Seed Library in the basement, and the cheerful lobby bar. A third lounge on the rooftop will open soon to views over East London, while a coffee bar and British seafood restaurant Goddard and Gibbs round out the amenities on the ground floor.

The Hottest Restaurants in London Now 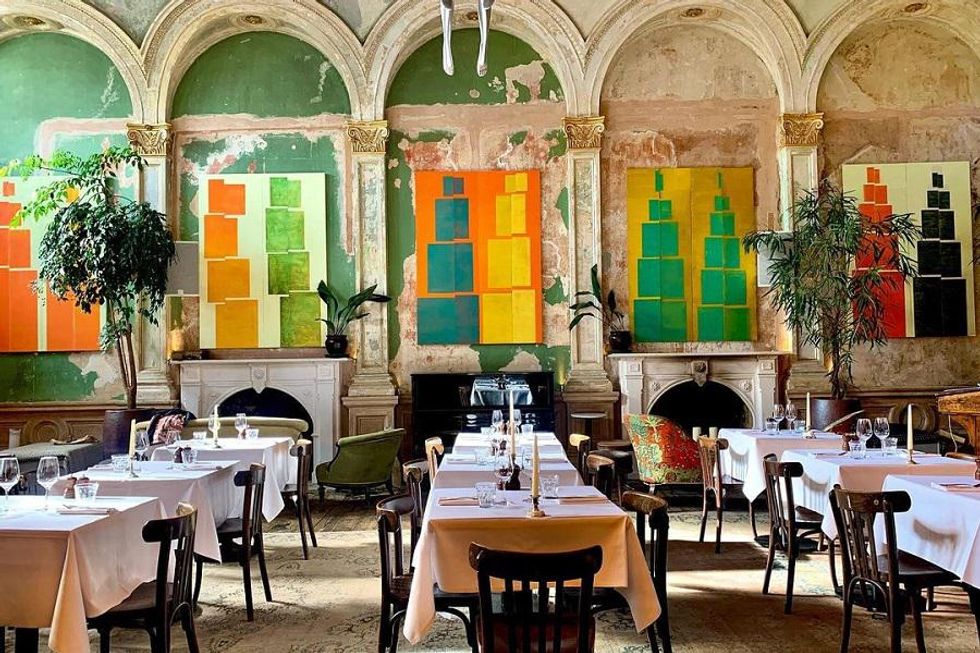 Since opening last September, Sessions Arts Club has drawn the attention of Londoners as both an urban sanctuary with exceptional food and as an event and music space hosting the likes of Florence Welch and Holly Humberstone. Once the judges’ dining room of a historic Sessions House (that’s a courthouse to us yanks), today the space is monumental and bright with the exclusive feel of a members-only club without the stodginess. Chef Florence Knight churns out an array of seasonal dishes, each one more beautiful than the last: white asparagus with vin orange and egg; pane carasau (thin, wafer like bread) with cavolo nero and anchovy; squid noodles with tomato and calmarata; rhubarb and custard. And while the dining room, with its partially restored plaster, dramatic staircase, and flaming brazier chandeliers is stunning, the cathedral-inspired bathroom, with its stained-glass renditions of famous English characters on the toilet doors, is the best in town.

In all ways but the one that counts (the food), Rita’s is the opposite polar of Sessions Arts Club. It’s intimate and understated, well-heeled but not flashy, modern but not without heart. The Soho restaurant and wine bar, which opened in 2021, is the culmination of nine years of pop-ups and residencies from chefs Missy Flynn and Gabriel Pryce and is a mashup of American, Mexican, and Italian culinary traditions. Rita’s current menu includes everything from salt fish taquitos to sugar pit pork chops with grilled cabbage, hazelnut slaw and baked apple mustard to rhubarb tres leches cake. If you’re not keen for dinner, it’s worth stopping by just for the snacks, which include deviled eggs and tear-and-share garlic bread that are truly delightful. 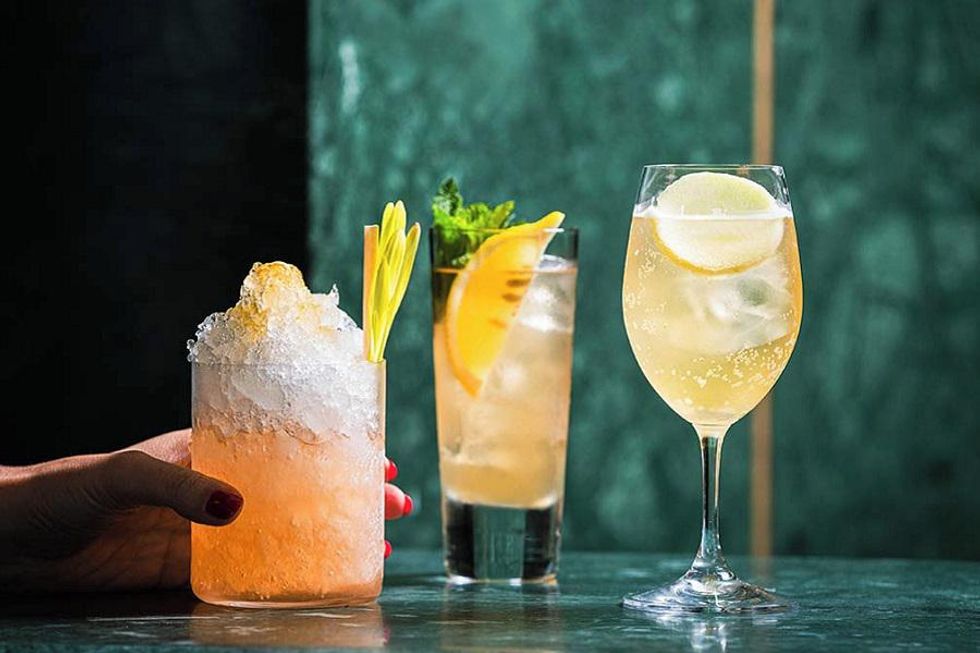 Sustainable spirits magician Ryan Chetiyawardana, aka Mr. Lyan, is back with his third monument to the craft of cocktails. Opened shortly before the pandemic hit, Lyaness is now ranked one of the World’s 50 Best Bars — but don’t let that intimidate you. The wide open space looks out over the Thames from the ground floor of Sea Containers London and is more laid back than you might imagine. The drinks aren’t what you might expect, either. The Lyaness menu revolves around five seasonally rotating key ingredients and flavor processes to produce mixers like oyster honey, pig’s blood curacao, and malt and grass amazake that minimize waste and create complex, non-traditional tastes and aromas. Head there in the late afternoon for the best shot at snagging a seat without a reservation.

This reborn Camden joint is among the growing set of zero-waste cocktail havens slowly creeping across the European bar scene. The speakeasy-like space inside a former Victorian-era bathroom is all dark blues and dusky light, which during the day streams from an original glass ceiling. The hyperlocal signature cocktail list includes tipples like the Tomato (made with gin, gazpacho, oak and smoked birch) and the Basil + Pepper (made with agave spirits, red basil, green pepper, fortified wine, and soda) as well as beer and wine. 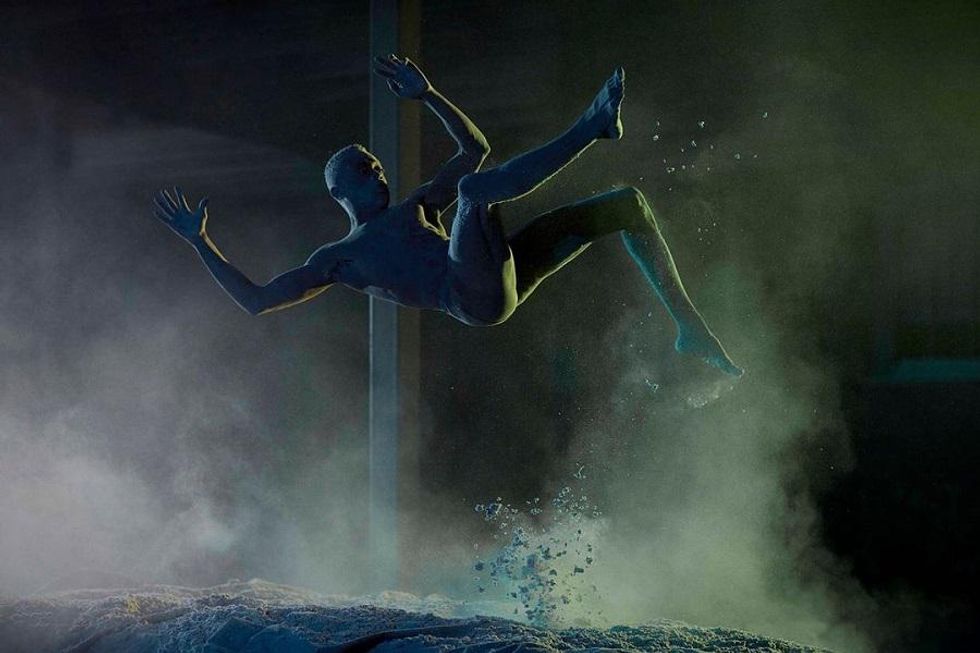 The sprawling, immersive theater production The Burnt City has 60 rooms to wonder through.

After almost a decade off the London stage, Punchdrunk, one of the world’s best immersive theater companies, debuted their new production The Burnt City in March 2022. The theatrical event is an unrestrained interpretation of the fall of Troy that stretches across two buildings and 60 different rooms. Wander through spaces inspired by Greek tragedy and the futuristic tropes of early 20th century sci-fi, and watch as the gods and mortals follow their fate. The Burnt City runs through August 28, 2022.

Museum of the Home

Built within a series of 14 almshouses from 1714, the Geffrye Museum opened to the public in Hoxton in the early 20th century. But in 2021 the exhibition space, which holds around 40,000 artifacts, archival materials, and photographs of domestic life, got an upgrade and a new name. Now called the Museum of the Home, the institution is still dedicated to the everyday, domestic lived experience, but in addition to its “rooms through time” now features galleries and gardens that tell stories of the home through multimedia and curated collections. One of the original 18th century almshouses has also been completely restored as a window into that long gone domestic life.