A few years ago, ZTE almost saw its end in the smartphone business for violating certain US sanctions. The company was considered a threat to national security and was banned from using US-related software and hardware. However, the previous US administration had a “change of heart” and decided to allow ZTE to resume operations in exchange for doing certain changes. The company promptly made adjustments and was put under probation. Despite the probation, the company managed to quickly return to the market launching compelling devices. The big return, however, came with the ZTE Axon 10 Pro which was the very first 5G smartphone to reach international waters. The device originally launched with Android 9 Pie, and received updates across several markets. However, the company is neglecting the United States market for a long time with poor updates.

ZTE certainly generated unconfidence among US customers due to all the situations that happened a few years ago. The company should have been providing decent software support to overcome the unconfidence. However, this isn’t exactly the case, as the ZTE Axon 10 Pro has been long neglected, basically abandoned by the company.

According to a report from a ZTE Axon 10 Pro user that goes by the “Markjc2002” nickname, ZTE has basically decided not to update the ZTE Axon 10 Pro to Android 11 update in the United States. The fact is that this update is available in Europe and other regions. The user has been exchanging e-mails with ZTE USA support for a few weeks and received multiple “automatic” replies from the company until a final answer denying future updates for the smartphone.

The big and major complaint isn’t simply the lack of a new major Android update, which is available in other regions. One of the biggest complaints is that the update for Android 10 left the GPS and A-GPS broken. The user reports that this important feature was available with Android 9 Pie, but stopped working after the Android 10 problem. To make things even more shocking, this is a known bug for the first Android 10 builds for the ZTE Axon 10 Pro. ZTE has pushed a hotfix in Europe and other markets that made GPS work again. However, this patch never arrived in the United States. And according to the ZTE USA Support Team, it won’t ever reach the handset. As a result, ZTE Axon 10 Pro owners are left behind without GPS.

ZTE has promised the Android 11 update for the units in the United States by the end of 2020. However, we’re in 2022 and the US users are still running Android 10. They’re not asking for something that ZTE hadn’t promised . In fact, the company has actually promised two years ago. Also, the device in its current state isn’t properly working without GPS. Nowadays, GPS and A-GPS are needed for basically everything.

Users in the United States have been abandoned

The user has requested the company to allow a device upgrade plan. This is a common practice in the United States and certain markets. It allows a user to exchange an old smartphone and get credits on a purchase of a newer device. Unfortunately, everything Markjc2002 got from the company was automatic replies. The user asked about the possibility of upgrading to the Nubia Z40 Pro or even the last year’s ZTE Axon 30 Pro. However, ZTE does not seem to be interested in this business model in the United States.

Curiously, the probation process has ended this year and ZTE is free from the ban influence. Even though, it’s not doing much to conquer the United States customers. That’s ironic, after all, ZTE is one of the few Chinese smartphone makers acting in the US. Unless the company has “a change of heart” in the coming weeks, there is not much hope for ZTE Axon 10 Pro owners.

To recall, the ZTE Axon 10 Pro was unveiled back in February 2019 with Android 9 Pie. The device runs with the Qualcomm Snapdragon 855 SoC. It has up to 12 GB of RAM and up to 256 GB of Internal Storage. The graphical prowess comes from an Adreno 640 GPU. It also flaunts a 6.47-inch AMOLED screen with HDR 10 support and a Full HD + resolution of 2,340 x 1,080 pixels. In terms of optics, the device packs a triple-camera setup with a 48 MP snapper with PDAF and Optical Image Stabilization. There is also an 8 MP telephoto snapper with OIS and 3 x optical zoom. Finally, there is a 20 ultrawide module. For selfies and video calls, the device has a 20 MP snapper. 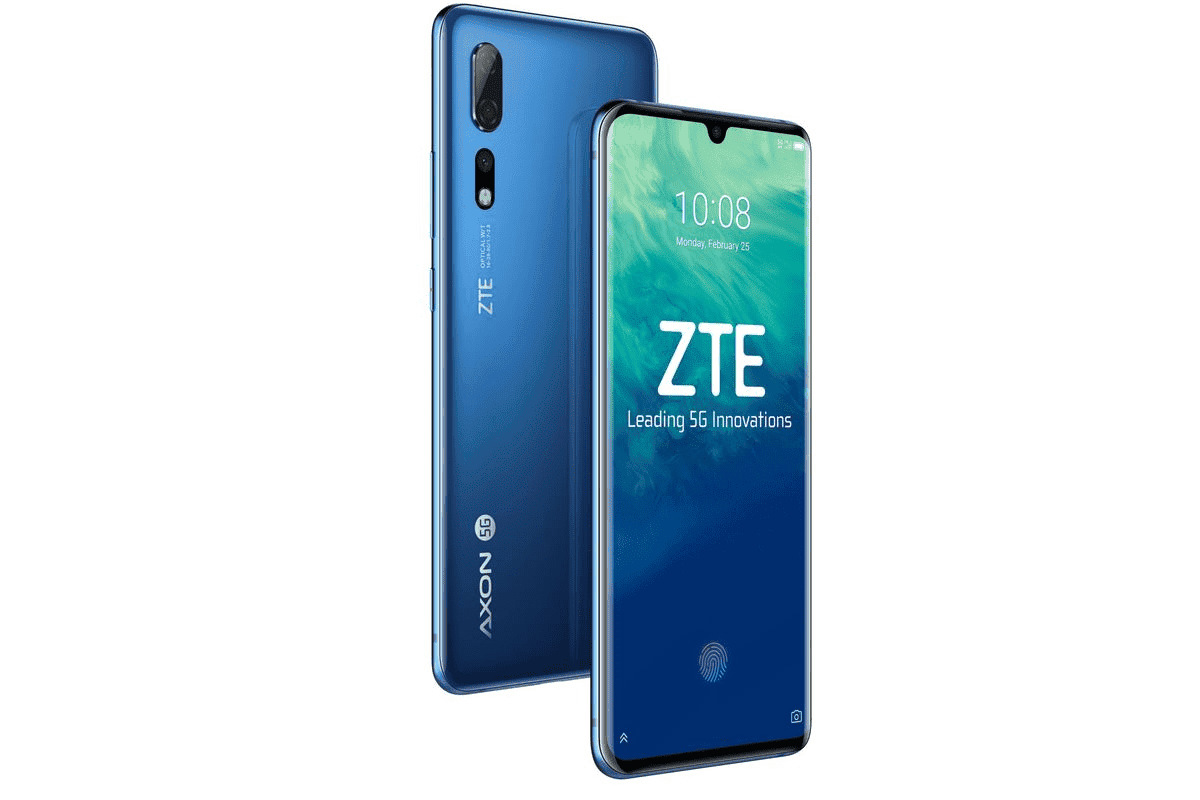 The entire package has a 4,000 mAh battery with 18 W fast-charging. However, that was a standard for that year. Other features include an under-display fingerprint scanner, Wi-Fi 6, and Bluetooth 5.0.

There are some shortcomings at this point, but this package can easily handle Android 11 and Android 12. Unfortunately, there are still several brands contributing to the fragmentation of Android, and ZTE is not an exception, unfortunately.